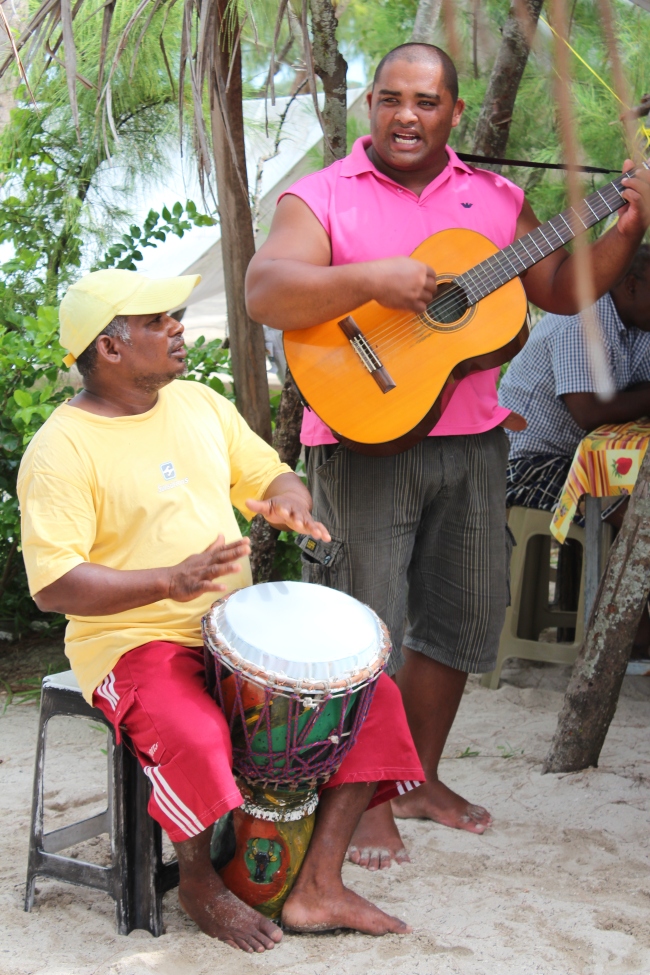 Why would an American want to come to the island of Mauritius? It’s easy to see why Mauritius would be inviting. Some of the most beautiful beaches in the world can be found here, great coral reefs for diving and snorkeling, tons of activities and attractions for those who need to be entertained, pretty great food and a strange yet refreshing mix of people (Indian, Chinese, African).  But it is frickin’ far away! -a combined 19 hour plane ride stopping off in Johannesburg. I’m not real island savvy but I can’t believe there are not close seconds nearer to the states.

I had not met, seen nor heard an American in three days (which I LIKE and see as a plus for US travelers) until today while swimming in the bathtub mint green waters of Ilea Aux Cerfs.  “Watch out for them there spiny sea urchins. They’ll get ya,” he says in a Texan drawl. He could tell I was American, I believe by the way I said, “Hi,” as opposed to “Bon jour.”

“Why did you come to Mauritius?” I ask my friend.

Tex is on an around-the-world cruise and Port Lewis, the capital of Mauritius, is one of their ports of call. When I asked him why an American would want to come here his flat out answer was, “They wouldn’t.”

Well, that is not good enough for me – a travel writer and an ambassador for Mauritius, whose tourism department longs to share their beautiful country with Americans. 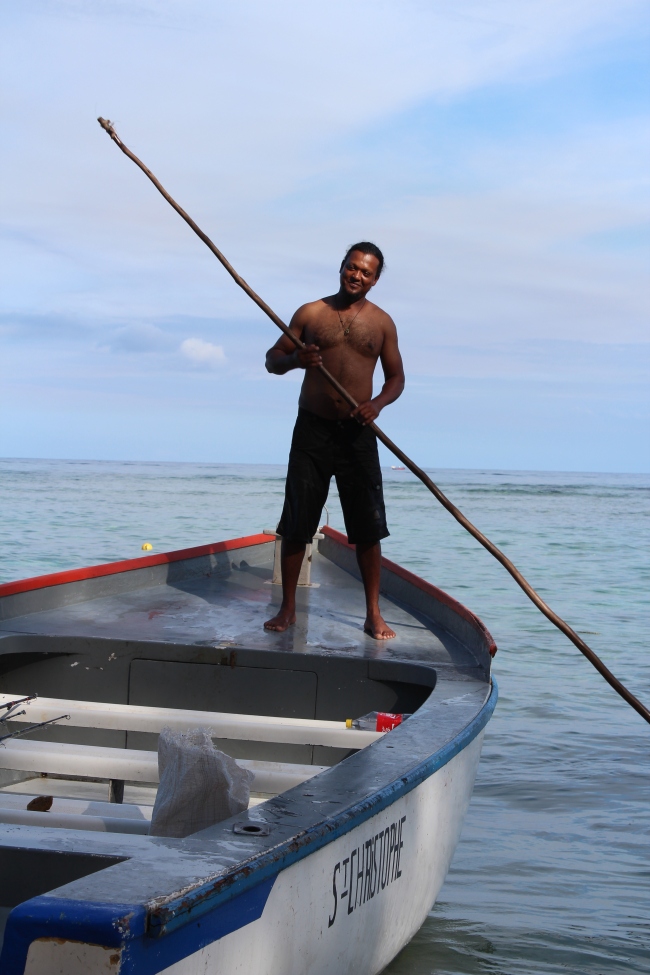 Later today, when we boated out to a private island where we ate local grilled bar-b-qued chicken, watercress salad  and other Mauritian favorites, as well as had the chefs transform themselves into musicians and serenaded us with their lively fun music,  I heard that lilting sound of an American voice again. This time, it was a US Ambassador to Mauritius. When I asked HIM that same question, “Why would an American want to come to Mauritius?”  He said, “Many Americans plan to visit an African country someday and experience a safari to see big game animals. Why not take a short few hour excursion out to Mauritius for a very unique island experience?”

Plus, if they’ve ever wanted to go to India, Mauritius is like a little India but without the poverty and pain but not lacking any of their colorful culture. “

That’s absolutely a perfect reason for encouraging Americans to share the beauty and fun of Mauritius. Every American who travels to Africa for a safari should come to Mauritius afterwards, as the icing on the cake.

Stay tuned for more stories sharing Mauritius’s beauty and fun, as well as excellent photos, if you are not yet convinced.