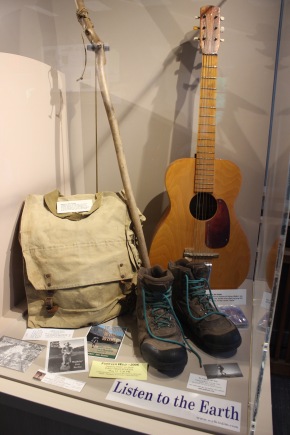 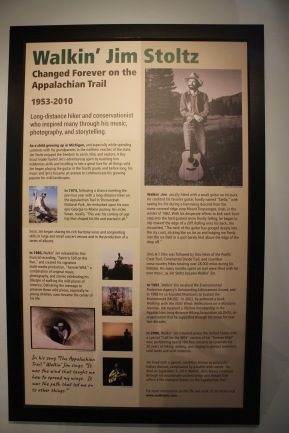 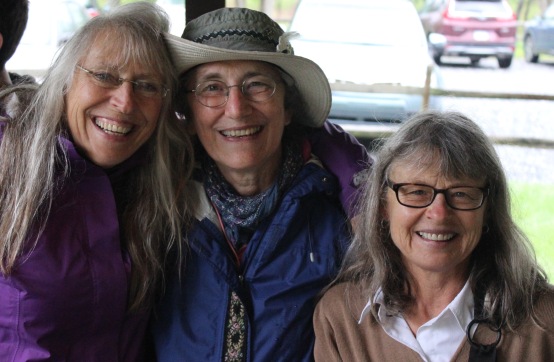 When searching the web for events held around our wedding anniversary, I found a John Denver Tribute Concert at the Easton, PA State Theatre. The lead was Chris Collins and his band, Boulder Canyon and he looked remarkably like our bowled haircut idol with his wire rimmed glasses and wide smile. As I loved to listen and sing along to John Denver’s songs as a teen, I was sure his concert would be enjoyable; but I was not prepared for the floodgate of emotion that was released as soon as I heard the very first song. It took me right back to my youth and the tears began a steady rolling down my cheeks. They were tears of pure joy and they lasted the entire concert.

Back in 1974, John Denver came to Philadelphia to perform at the Spectrum. I was 18-years-old, an art major sophomore at Indiana University of Pennsylvania and I came home to Reading for this special weekend. My father had never been to a music concert nor any event in this huge venue yet he orchestrated this dream come true for a few of my siblings and a few of my first cousins. As youth, we would lie on a blanket in the evenings after a family picnic or an outdoor birthday party and with heads titled towards the boom box, sing our little hearts out to John Denver songs. Indeed, in the 1970’s, John Denver was the most popular, successful musician in the entire world!

My father had taken our family to his hunting camp in Pennsylvania’s northern tier mountains, to Potter County’s “God’s Country” my whole childhood for family vacations, but I had never seen the majestic Rockies, which Denver sang about.  But as a teen, my heart yearned to see them. Nothing seemed to be more freeing nor exhilarating than experiencing this wilderness.

We must have carried a small tape recorder into the concert in 1974 because I was recorded tearfully saying, “Oh my God, I want to go to the mountains so badly.”

What hit me in this recent convert the other night, 45 years later, was how listening to John Denver’s lyrics had steered me down the path I am still traveled on today and how he helped my dreams come true. My dream to get to the wilderness finally came true when I was 24 years old. First, as a thru-hiker on the Appalachian Trail six years after that concert at the Spectrum; then again, on the Pacific Crest Trail four years after that and then the Continental Divide Trail, seven more years. This last long distance national scenic was 3,100 miles across John Denver’s beautiful Rocky Mountains. My daughter Sierra ended up attended University of Colorado, Boulder, for her Masters and hiked the Colorado Trail again as an adult with her husband.

I found the John Denver concert playlist on the web from 1974 and saw that many of the same songs were sang at this tribute concert in Easton, PA. It was a magical experience to behold to hear over 1,000 fans singing along to nearly every single song. Everyone knew every word. It was amazing, the love and happiness coming through their voices. And I sat there and thought, these lyrics shaped all of us. John Denver instilled in all of us, a love of the mountains, sunshine on our shoulder, even whales in the ocean in his song “Calypso,” the ship used by environmental activist Jacques Cousteau. In my narrow young life, I had not yet seen a whale and before Denver’s song. But John Denver’s lyrics made us love wild places, wild creatures and all the air and the water in between, and care deeply about them. The environmental movement was just getting started and John Denver was a troubadour.

It was lyrics like “Lost and alone on some forgotten highway, traveled by many, remembered by few. Looking for something that I’d like to believe in, looking for something that I’d like to do with my life. There’s nothing behind me and nothing that ties me to something that might have been true yesterday. Tomorrow is open, right now it seems to be more than enough to be here today…. Sweet, sweet surrender. Live, live without care, like a fish in the water, like a bird in the air.” These were the kinds of words that propelled me out of my parents’ comfortable home in the suburbs, where my father supported our family selling insurance, and sought a bigger, more adventurous life, closer to nature.

And here I was, singing my heart out as a 60+ year old. In the last four decades since I first listened to John Denver, I had created an amazing, joy-filled, successful life doing what I love- hiking and biking across America’s wild trails, and was able to make a comfortable living from it. And when my children were born, they too were immersed and raised in this wonderful lifestyle too. It doesn’t get any better than this. And I realized that John Denver had an awful lot to do with making my dreams come true. It truly was amazing that lyrics can have this kind of power over people.

John Denver’s influence went beyond songs as he was inspired to become an environmentalist and humanitarian. In 1976, he cofounded the Windstar Foundation, a non-profit wildlife preservation agency. In addition to founding the World Hunger Project in 1977, he was personally appointed by President Jimmy Carter to the commission on World and Domestic Hunger. He became a chair member of the National UNICEF Day in 1984.

Shortly after I hiked the AT, I discovered the music of another troubadour, Walkin’ Jim Stoltz. I was at the first ALDHA (Appalachian Long-Distance Hikers Association) in the early 80’s when Jim first came onto our scene. His lyrics and songs about long distance hiking resonated with every single hiker and dreamer in the audience. Indeed, Jim logged 27,000 miles of long -distance hiking all over America and walked his talk. Over the years, Jim’s concerts and slide shows at The Gathering, were the highlight of the weekend and caused most of the folks in the audience to be moved to tears and murmur, “My God, I miss the mountains and I want to get back,” just like I felt when I was 18 at that John Denver concert.

Over the years, our family traveled to the Rockies many times to long distance hike the Colorado Trail, the Continental Divide Trail and then most recently, the Great Divide Mountain Bike Trail. Traveling west in our pick-up, we would put on Jim’s CD, “The Long Trails,” and sing along to the lyrics, “I walk the long trails, I came of age on the long trails,” and sing to dozens of other songs that spoke to our souls. Jim put into words everything all of us felt when we were out walking in our beloved wilderness.

Like John Denver, Walkin’ Jim was not content to rest on his laurels but worked tirelessly as an environmentalist. He co-founded Musicians United to Sustain the Environment (MUSE) and the Last, Best Place Wildlands Campaign. He co-authored the Northern Rockies Ecosystem Protection Act that, when ratified, will protect 24 million acres of roadless wildlands in the northwest U.S. These two lyricists, John Denver and Walkin’ Jim and have brought so much joy to millions, as well as raised needed awareness.

Walkin’ Jim used to stay in our log home when he was traveling on the east coast with his “Forever Wild” and Kids’ Show. I have great images of Jim serenading baby Sierra in her highchair, with his guitar. I named my 6th book, Kids in the Wild– A Family Guide to Outdoor Recreation, The Mountaineers Books, after his song, “A Kid for the Wild,” and printed the lyrics in the book’s opening pages.

This past year I was fortunate to attend a dedication ceremony to Jim at the Appalachian Trail Museum Hall of Fame Festival held at the Appalachian Trail Museum in Pine Grove Furnace State Park, PA. Jim’s wife, Leslie attended from Montana, his sister, Susan Grace from Alaska, whom we hosted at our home years ago with Jim, and many of Jim’s family members from Michigan. In the museum, is a large glass case with Jim’s backpacking guitar, his hiking boots, his pack, photos and many other memorabilia that reminds us of this great man.

I stood up and addressed the crowd and shared how Walkin’ Jim might be gone from this world but his music will continue to impact the next generations. If my children are any indication of his influence, then his important message of loving the natural wild world, the trails and fighting to safeguard them will continue.

Susan Grace Stoltz, also a very talented musician and songwriter, took her guitar and sang some of Walkin’ Jim’s favorites for the crowd, including his signature, “Forever Wild.” The crazy thing was that Susan sang Jim’s songs exactly the way Jim would have- pausing at the same places, holding notes at the same places, and in a voice not as deep but so very similar to her brothers’. It was as if Jim was singing through Susan. You could close your eyes and feel Jim in that pavilion. Leslie and I sat tightly together, with our arms around each other, as tears streamed down our faces, missing this wonderful man.

Walkin’ Jim, John Denver, we are so deeply influenced by the words that are shared from the heart. So much good can come from them, so much joy spread.